When is the carnival parade?

The carnival procession takes place in Graz every year on Shrove Tuesday.

Who’s allowed to be in the carnival parade anyway?

As you might imagine, everyone is invited to the carnival procession. It is irrelevant whether you come as a club, a regulars’ table, as a family, a circle of friends or just as an individual. The best decorated floats and the most interesting costumes will receive material and cash prizes from a jury. 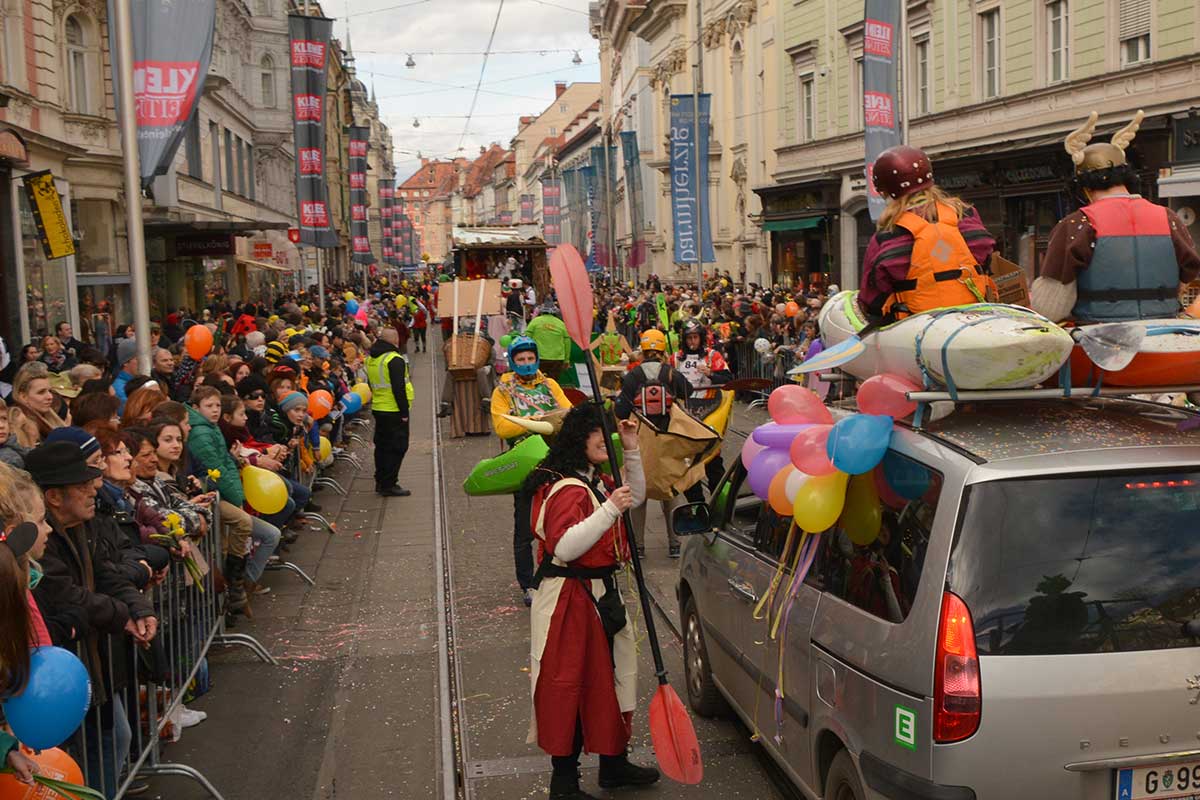 Which program does the Graz carnival offer?

The spectacle begins on Shrove Tuesday at 10:00 am in the Landhaushof. There the children’s carnival begins first. The carnival procession itself then starts at 12:45 o’clock. After the parade there will be a carnival party in the old town of Graz. This begins at 16:00 o’clock.

Can the Graz carnival be watched on television?

Anyone who does not want to have to face the crowd, but would still like to experience the carnival, can do so via the television. The carnival procession is broadcast on ORF 2. A total of 30 people including three moderators from ORF will be on site. A crane camera, four cameras and 800 meters of cable will show the effort the event will require. 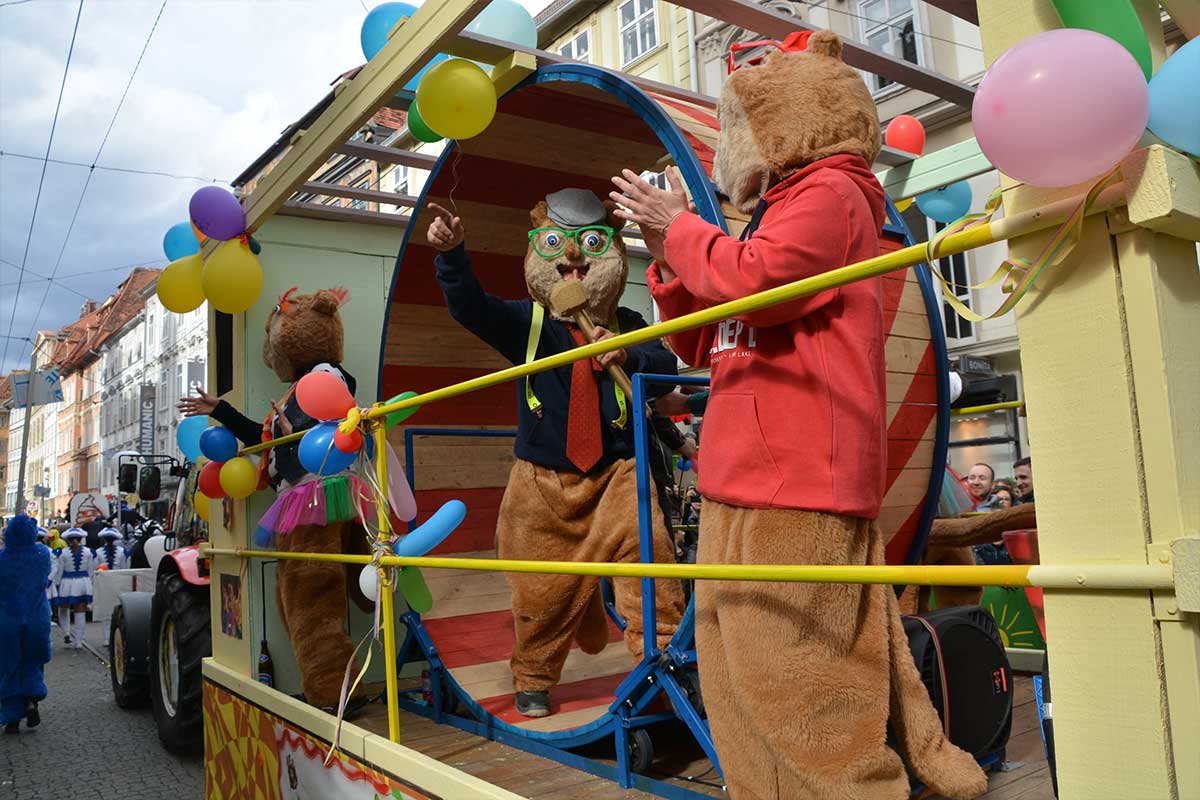 Many fools can enjoy the children’s newspaper carnival in Graz again this year. The children can look forward to a colourful programme. This can be found from 10:00 to 15:00 o’clock at the Landhaushof.

There is certainly something for every child in the programme. Besides clowns, the children are also offered a magic juggler and a fire-eater. Every child who would like to use make-up and has not yet done so can easily do so at the make-up station.

To make sure that Shrove Tuesday is an unforgettable experience for the little ones too, they can also benefit from a confetti bomb, a soap bubble artist and varied play stations. Of course there is also something for the adults.

There is a lot of variety on the Graz carnival trail. In the city centre of Graz from 10:00 am to 15:00 pm there is also a programme for the adults. Here you can admire street artists in the most different styles. Everybody who is in the mood for a party atmosphere will find what they are looking for in the party zone.

What is there to say about the Graz carnival party?

From 16:00 o’clock the bell playground, the flour court and the dyer’s court are transformed into a carnival-like Bermuda Triangle. With such a party mood hardly anybody will consider that the next day everything is already over again.

The free doughnuts at carnival tuesday in Graz

Shrove Tuesday is a very special day for adults and children. Colourful costumes and imaginative floats can be admired. But that’s not all, there are also other encores. For many children the doughnuts are always something very special and interesting. 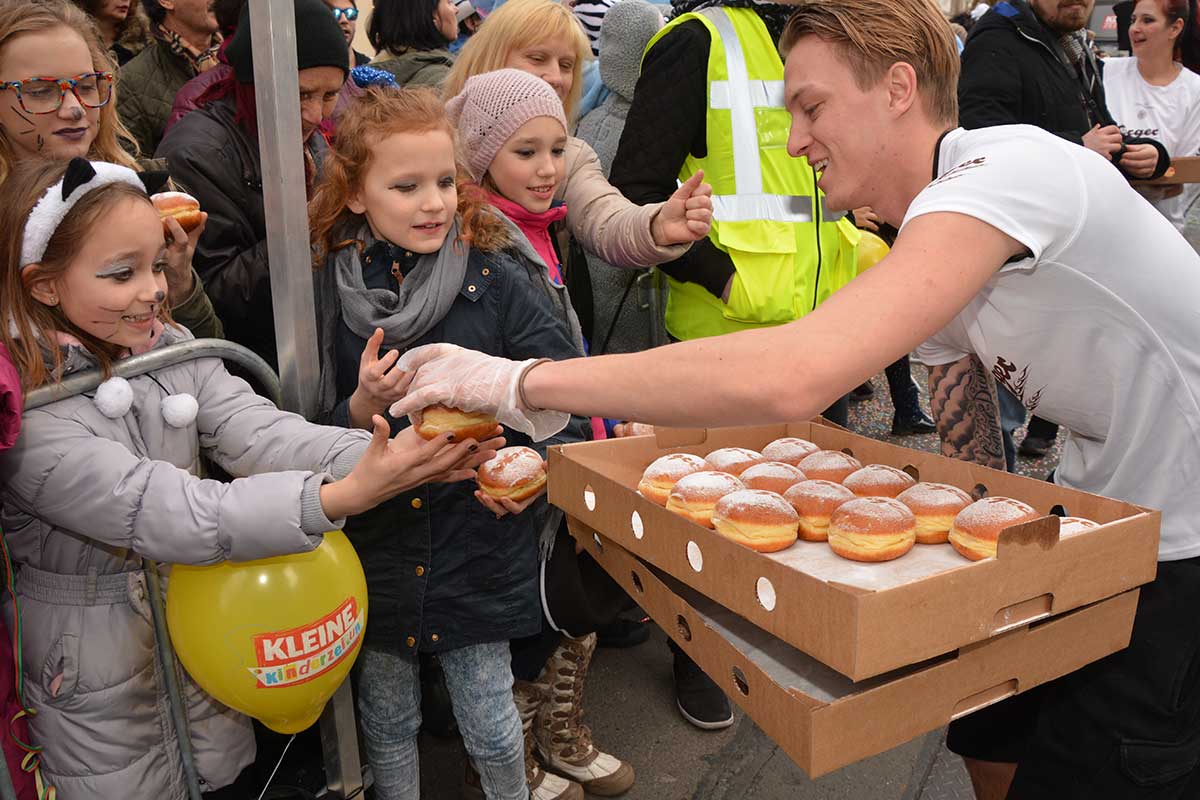 The company Sorger donates 6,000 carnival doughnuts every year. This means that adults and children can enjoy free doughnuts. Everyone who is more inclined to have a sausage will not be disappointed either. The whole offer is rounded off with a good carnival mood, a photo campaign and colourful balloons.

What will the public transport in Graz look like during the event?

It is important to know that during the event the public transport in Graz will be restricted! Between Andritz and Jakominiplatz as well as between the main station and Jakominiplatz a rail replacement service will be provided by the Holding Graz.

This will be done by bus and will be valid for tram lines 1, 3, 4, 5, 6 and 7. In addition, it must of course be taken into account that the best way to get into the city centre of Graz is by public transport while the event is taking place. Passengers can also benefit on site from information texts at the stops, signposts by passenger information staff and announcements. Furthermore, information can be obtained by phone at 0316/8874224.

How did the carnival in Graz come about at all?

The carnival procession in Graz was first organized in 1966. Until that year there were no major events on Shrove Tuesday. In the first year the editors of the Kleine Zeitung had the idea to officially inaugurate the main bridge. The main bridge in Graz had no name before.

At that time it was actually meant as a carnival joke, but until today it has become a real tradition. This tradition was only interrupted in 2013. In all other years the Graz carnival took place.

In 2013 the carnival procession was cancelled because of the Ski World Championship in Schladming. So the population had to be content with the children’s carnival and the party in the Bermuda Triangle.

What attractions are there on carnival tuesday in Graz?

The following list should give you a summary of all the attractions of the Graz carnival: