"City of Design", Austria's second largest city, capital of pleasure and Unesco World Heritage Site - these are just a few of the advantages the Austrian city in the middle of the country has to offer. But before we go into culture, sights and insider tips, first a few important facts and figures about the city. Graz is the capital of the Styrian region and is situated on both sides of the river Mur.

Graz is the capital of Styria and situated on both sides of the river Mur.

With almost 300,000 inhabitants , Graz is comparable to well-known German cities such as Wiesbaden or Augsburg.

The city has also made a name for itself in Europe through two awards. On the one hand, it was awarded the title of European Capital of Culture in 2003, and on the other hand it will be the Capital of Reformation in 2015.

In addition to the 2011 award of the Unesco City of Design, it has become a human rights state and winner of the European Prize.

Since 2003 the city has had Siegfried Nagl as its mayor. Around the first district, the inner city, there are 16 more districts.

The city has experienced an enormous increase in population in recent decades, making it the fastest-growing city in Austria, with almost 80 percent of its inhabitants being Austrian citizens. It is not for nothing that the city has become World Heritage Site and Cultural Capital, the southern geographical location and the historical atmosphere of the city are very attractive for the tourism sector.

But what are the reasons for tourists to travel to Austria’s second largest city? 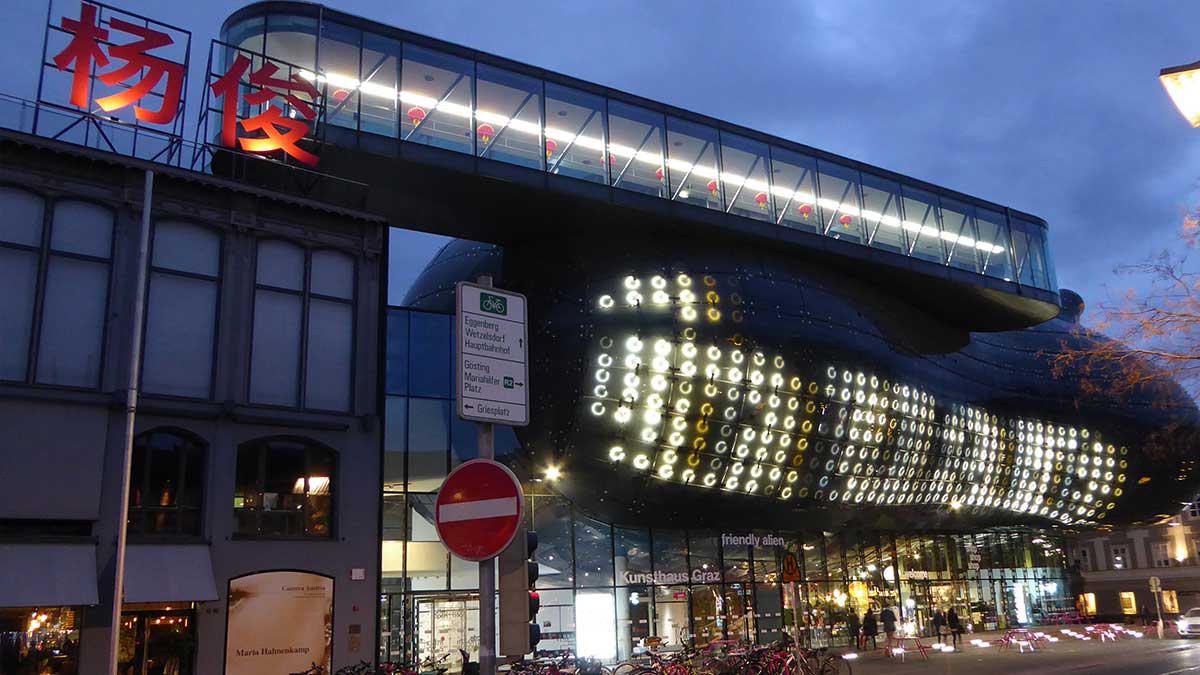 Let’s start with the probably most attractive and worth seeing: the sights. The playfully labeled “friendly alien” is aesthetically an eye-catcher all along the line. Quite impressive and striking is the art house of modern art in the inner city of Graz’. It attracts not only art lovers but also culturally interested tourists from all over the world. For the ‘needle’ of the Kunsthaus, as the Austrians call it, allows the eyes of tourists and visitors to wander over the entire Old Town of Graz. The architectural masterpiece was opened in 2003 and was constructed by Peter Cook and Colin Fournier.

Island in the Mur 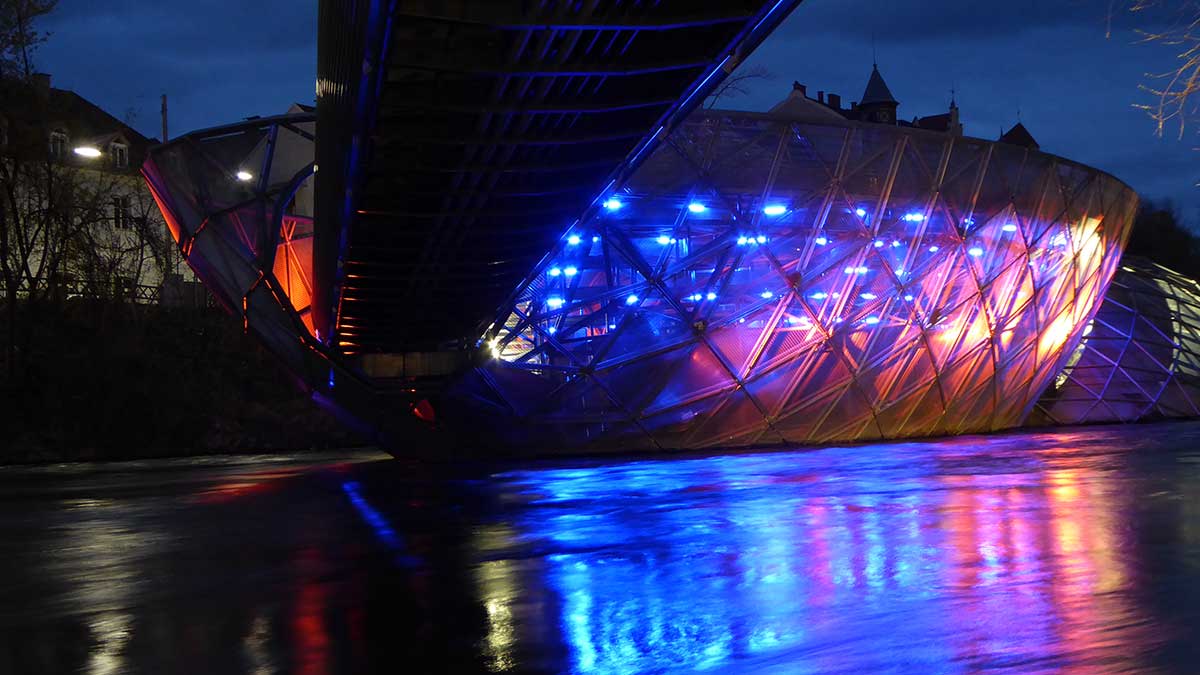 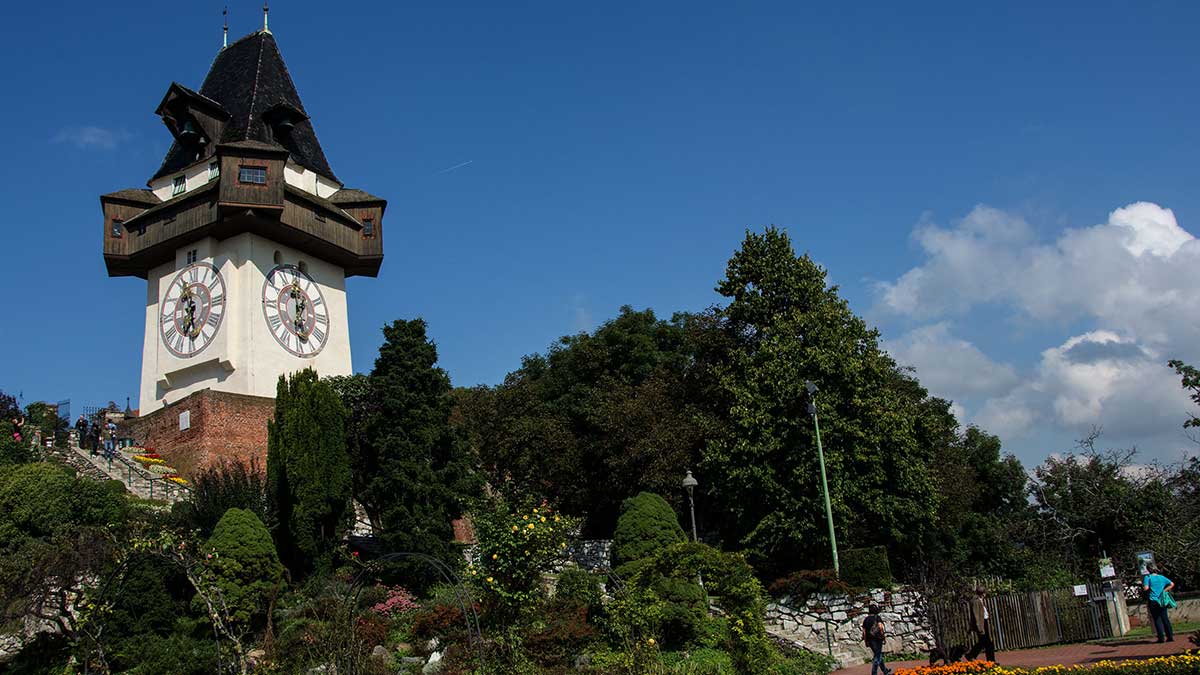 The Schloßberg of the city towers above everything and is with 123 meters the highest point of the city. Besides the brilliant view over the city, the Schloßberg is historically seen in any case also worth a trip. In the 12th century the castle, which is still preserved today, was built on this mountain. This “gradec” (small castle), as it was called by the Slovenes, gave the town its name. For foot patients or elderly people the mountain can be easily reached by a lift or the Schlossbergbahn, otherwise there are also 260 steps or several paths leading to the considerable viewpoint. 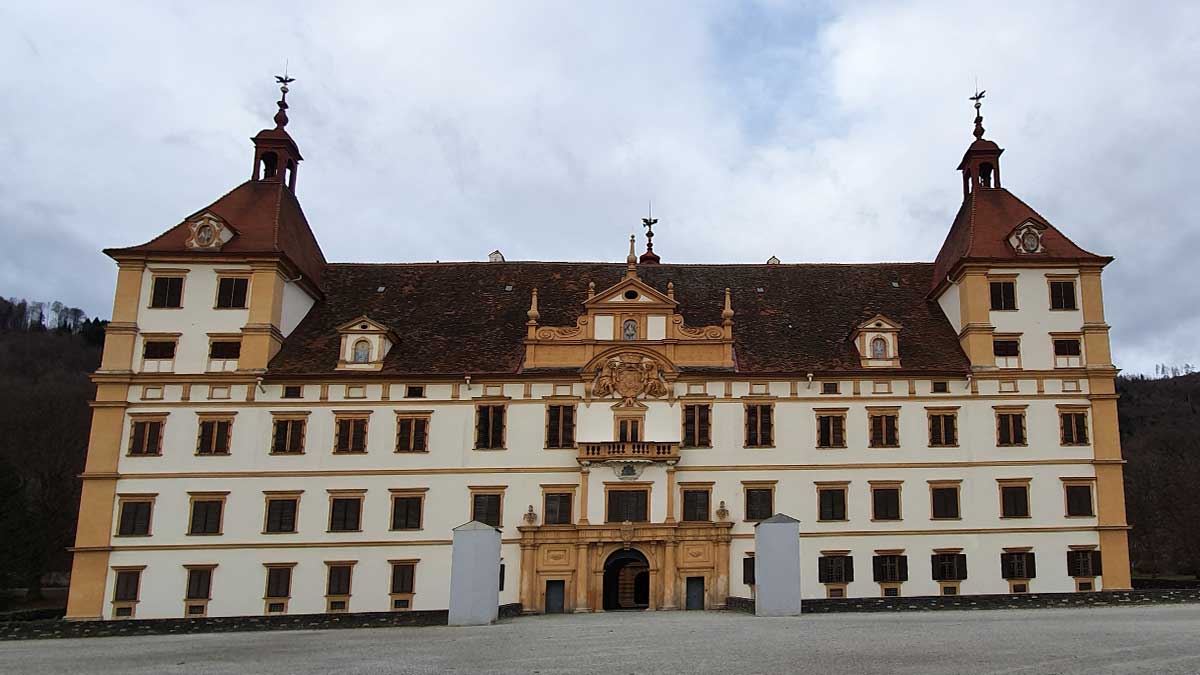 Another sight that should not be ignored when visiting the city is Eggenberg Castle. It is one of the most valuable sights for the country of Austria and is not least Unesco World Heritage Site. The baroque complex including the imposing castle is, besides the park, a very popular recreational destination for families, single travellers, locals and peacocks. The beautiful animals are, especially in the summer months, well-known inhabitants of the complex.  Finally, an interesting fact about the castle itself: the number of room windows corresponds to the 365 days of a year.

Overall, the city is also very well equipped in terms of infrastructure. Parking facilities as well as public transport connections are unproblematic. In addition, there is an old town tram in the city centre that is available free of charge for all passengers.

Well, are you now curious to explore the city, climb the Schlossberg or simply stroll through the baroque alleys and buildings? Then let’s go, the citizens of Graz welcome you warmly.

Food, culture and shopping in Graz

Strolling through the old town of Graz, you will come across many a culinary insider tip.

A great advantage of the southern location is that fruit, wine and other delicacies thrive wonderfully. Seed oil tastings, a truffle festival or entire culinary tours are just some of the events the city has to offer. It is not by chance that the name “GenussHauptstadt” (Capital of Enjoyment) is derived from the city.

Every year in summer the so-called Lange Tafel takes place. Here, in front of a wonderful scenery with the town hall of the city behind, one dines and enjoys on a warm summer evening. The event has room for 750 guests, including master chefs – but please note: tickets must be booked early!

Besides the city centre, there are the Jakomini quarter, the Gries quarter and the Annen quarter. The fifth shopping area is the Lendviertel. This quarter is characterized by artistic small boutiques and a creative designer hand-cut.

The city also offers some interesting corners for those interested in shopping or souvenir lovers. Besides seasonal markets, flea markets, farmers’ markets or flea markets, there are also the typical “shopping districts”.

In this quarter around the Karl Franzens University of the city, several institutes are located. Furthermore, many student pubs, bars and small food shops enliven the area.

There are a lot of events in Graz during the year. The Graz Marathon, the carnival procession, “Aufsteirern” the opera redoute, The Schlossberg Ball, La Strada to name but a few! 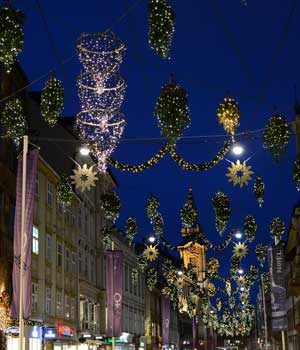 Ice crib in the Landhaushof, a popular meeting place for young and old.

Also at the turn of the year the town offers an impressive show at the town hall. A fire, lights and music spectacle clearly emphasizes the beautiful scenery of the city under the Schlossberg.